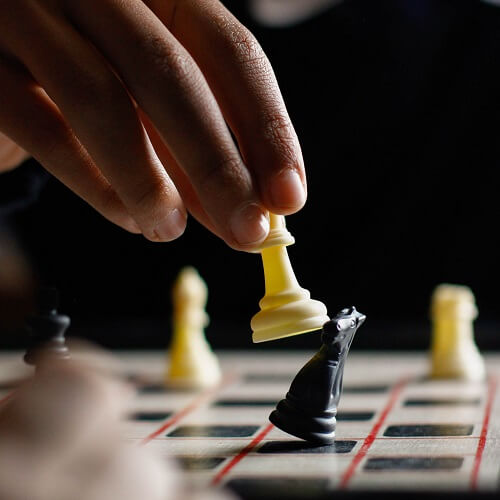 Welcome to Telecare Choice’s monthly news roundup. This month, we look at how board games can help your memory, and why albatrosses are getting divorced.

Board Games Keep Your Memory Sharp

A recent study has claimed that playing board games may help elderly people with their memory. Academics at the University of Edinburgh assessed 1,091 individuals born in 1936 and found that those who played games such as chess and bingo were more likely to have maintained their thinking skills.

The findings, published in The Journals of Gerontology Series B: Psychological Sciences, found that those who played more games in their later years were less likely to suffer from lower cognitive ability. Thinking speed and memory, in particular, benefitted from these games.

The study suggested that, as well as healthy lifestyle choices, playing board games could help to keep the mind sharp in later life.

Why Are Albatrosses Breaking Up?

Albatrosses are well-known for their monogamous habits, with 99% of breeding pairs mating for life. However, a recent study by the Royal Society has found that recent years have seen an increase in “albatross divorces”.

Over a fifteen-year period, the study observed 15,500 breeding pairs of albatrosses on the Falkland Islands. During this time, the rate of albatross divorce has increased to 8%.

The study says that an “albatross divorce” is when birds breed outside of their pair – they liken it to cheating in human relationships. Usually, this event is triggered only when albatrosses fail to breed, but recent years have seen albatrosses splitting up even if they have been successful.

But why is this happening?

According to Francesco Ventura, researcher at the University of Lisbon and co-author of the study, it may be down to climate change. In the same fifteen-year period, it was noted that the water temperatures around the Falkland Islands have been increasing. These warmer waters force birds to hunt for longer, flying further afield, leading them to be absent from the nest.

Warmer climates also increase stress levels amongst albatrosses, which can lead to performance issues. The study concluded that the rise in albatross divorces is not cause for immediate concern, but that rising temperatures may lead to further disruption in future.