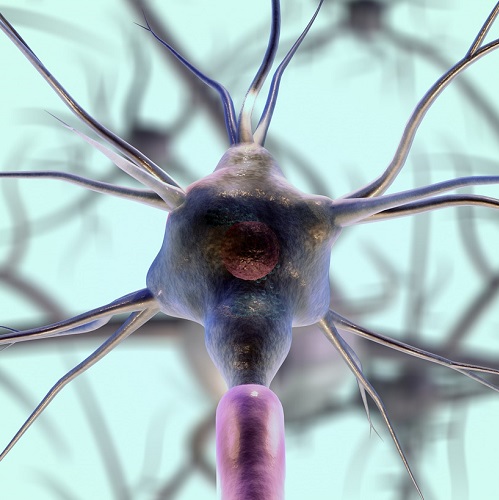 Around 5,000 people in the UK are living with Motor Neurone Disease (MND). Whilst not a particularly common condition, it has a major impact on people’s livelihoods. It is estimated that six people receive an MND diagnosis every day. If you have been diagnosed, know someone who has, or want to get a better understanding of this condition, this article explores what Motor Neurone Disease is.

What is Motor Neurone Disease?

MND is a neurological disease that affects the nerves. It progresses rapidly, preventing muscles from working. Eventually, it leads to death. However, some people can live with the condition for many years.

Motor neurones are the nerves that control muscle activity such as gripping, walking, speaking, swallowing, and breathing. MND targets these neurones, preventing the body from sending messages to them, eventually stopping the nerves from working.

People living with Motor Neurone Disease initially experience weakness in their limbs and body, which then develops into the wasting away of muscle and ultimately to paralysis and breathing difficulties. However, the senses usually remain intact, so people with MND remain fully aware and lucid throughout the development of their condition.

As the condition advances, people with Motor Neurone Disease will experience further difficulties moving. They may find themselves stumbling when they walk and finding it harder to breathe or eat. Ultimately, people with MND can lose the ability to speak, and their breathing difficulties may interfere with sleep.

In late-stage cases of Motor Neurone Disease, people become dependant on others to support them with day-to-day activities.

Unfortunately, MND eventually leads to death. Cause of death is usually attributed to respiratory failure.

The exact causes of MND have not yet been identified. However, studies are ongoing. Theories for the causes of Motor Neurone Disease include:

Current research has found that MND affects people of any age. One of the most famous people diagnosed with Motor Neurone Disease was Professor Stephen Hawking, who was diagnosed at age twenty-one. However, most people who are diagnosed are fifty or over. It has also been found that men are at a higher risk than women.

A small number of cases have been in people with a family history of Motor Neurone Disease, but there is no proof that the condition is hereditary.

There is currently no cure for Motor Neurone Disease. However, there are treatments that can reduce the impact of the condition. If someone is diagnosed with MND, they will receive additional care from specialists and their GP.

Treatments for MND are designed to improve quality of life as the condition advances. Therefore, they are usually provided as a series of therapies that support physical mobility. People with MND can also receive speech and language support, or advice with diet.

Some medications can be provided to aid with muscle stiffness, but there is only one medication approved for treating Motor Neurone Disease directly. This is called riluzole. However, it can cause side effects such as headaches, drowsiness, and nausea.

Being diagnosed with Motor Neurone Disease is a lifechanging event. It introduces a more pressing sense of mortality to the patient’s life. As the condition progresses, they will have to face a loss of independence as they lost the ability to perform certain tasks. This can have a detrimental impact on mental health. Carers, too, are likely to struggle during this time.

Telecare Choice provide personal alarms for elderly, disabled, and vulnerable people so that they can remain safe and secure in their own homes. A personal alarm allows you to request help at the press of a button. When the alarm is activated, our Monitoring Team speak to you through the loudspeaker to find out what support is needed. They then inform emergency contacts and, if necessary, the emergency services.