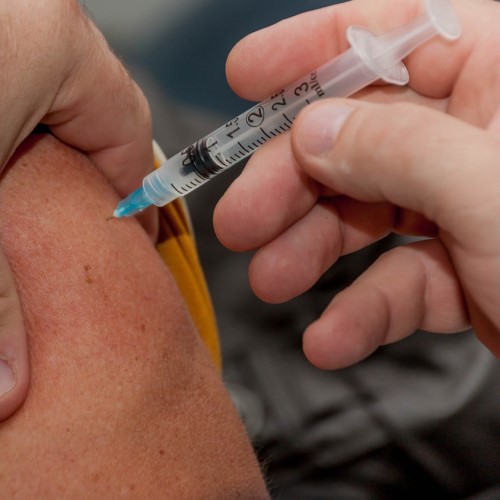 Welcome back to the Telecare Choice news roundup. This month, NHS says an anti-cholesterol drug given twice a year could save numerous lives, Sarah Storey wins a record-breaking 17th Paralympic gold, and Wales needs more people to work with Hollywood stars!

Around 2 in 5 people in England are thought to have high cholesterol, with 6.5 million of those taking statins. However, some doctors are saying stains are not doing enough.

While each dose of the anti-cholesterol drug, inclisiran, costs almost £2000, the NHS says having an injection twice a year could save around 30,000 lives within a decade.

The drug is especially recommended for those who have already had a stroke or suffer from heart disease, two major killer conditions.

Beginning her Paralympic journey in 1992, Storey claimed the unprecedented achievement of winning 5 gold medals before the age of 19. She has broken records in both swimming and cycling, including securing her 17th Paralympic gold medal in this years’ games, when she won the women’s road race C4-5 event.

Forget Los Angeles, Wales is quickly becoming one of the most desired locations for filming the latest blockbusters. Big budget movies with star-studded casts filmed in Wales in most recent years include Wonder Woman 1984, Doolittle, and 2 of the Harry Potter franchise films. Not forgetting a host of popular TV shows choosing Wales for their backdrops such as The Crown and Doctor Who, and of course, Gavin and Stacey.

The only snag is, the Welsh government agency, Creative Wales, has said there are not enough people to work behind the cameras. Whether it’s camera crew, hair and makeup, or set design, Wales does not have enough to supply its never ending chain of blockbusters to come out of the Valleys.

Lack of support has also been accused of hampering Wales’ creative projects, with director, Matt Hookings, moving filming of his movie, ‘Prizefighter: The Life of Jem Belcher’, to Lithuania as a result of lack of funding.

GET YOUR TELECARE
ALARM PACKAGE TODAY