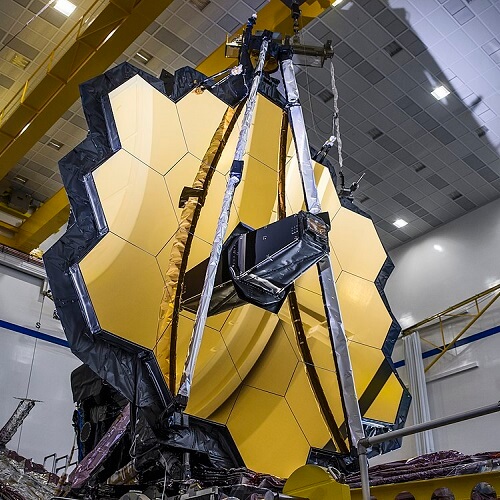 Welcome to Telecare Choice’s monthly news roundup. This month, we look at the launch of a new space telescope, and why a dog shelter has a £30,000 vet bill.

31 years ago, the Hubble space telescope was launched into orbit. Since then, it has provided astronomers with more than one million observations of our universe. However, it is now approaching the end of its operational lifetime.

With its next-generation technology the telescope may even catch light from the “pioneer stars” that ignited after the Big Bang, more than 13.5 billion years ago. Furthermore, the James Webb is equipped with infrared capabilities, which will allow astronomers to view the universe in new ways.

The satellite’s sun shields will keep the telescope cool (around -230C), preventing its own infrared signatures from interrupting these signals.

This is a major step in science’s efforts to understand the universe and its origins. It awaits to be seen what secrets it will uncover.

Many of us bought new pets over lockdown, craving the extra companionship animals provide. However, the increased demand led to irresponsible breeders producing unhealthy dogs. Many of these animals have now ended up at dog shelters.

Dog shelters often see an increase in animal abandonment after Christmas, as families find they cannot care for their new companions. Some take their pets directly to the shelters, claiming they are strays. Others simply dump the animal.

Many abandoned dogs have complex medical conditions because of poor breeding or neglect. Treatment is provided by the shelters, but the bills can soon add up. One shelter in Wales spent £20,000 on vet bills in December, with over 130 dogs in their kennels. They expect those figures to reach £30,000 in January.

This is a sobering reminder that a dog is for life, not just for Christmas. People should always be prepared to care for their pets and be mindful of breeders’ experience.

GET YOUR TELECARE
ALARM PACKAGE TODAY